By: admin
In: Previews
With: 0 Comments 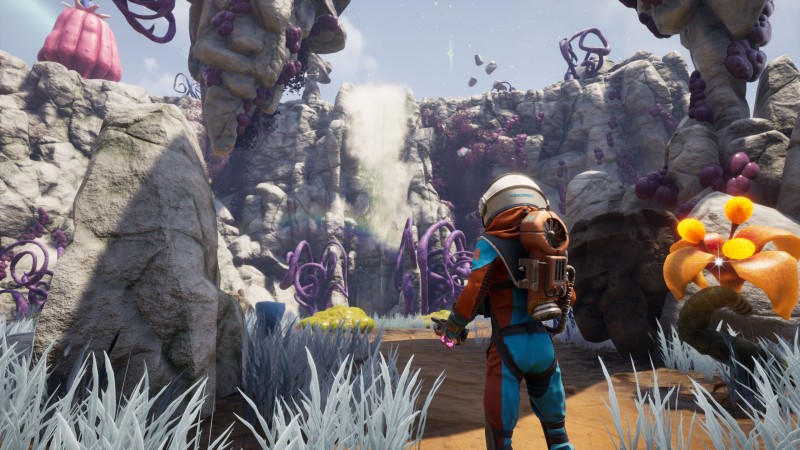 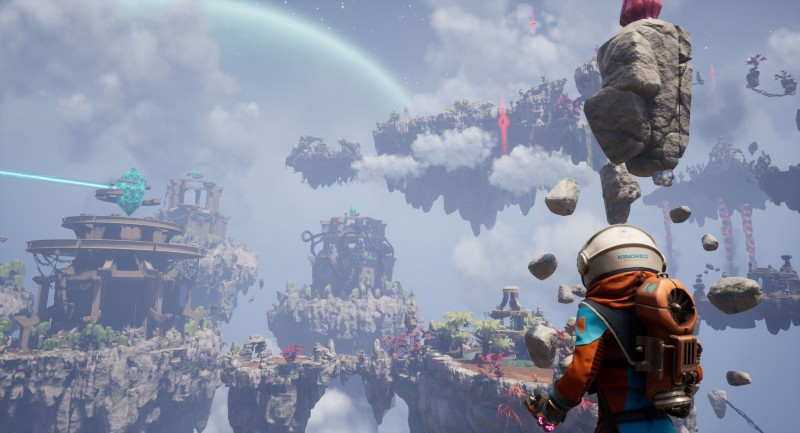 I’ve courted death many times on this hostile planet, but my astronaut’s journey is ultimately cut short by a giant, angry frog. Fortunately, my encounter with the reaper is only a fleeting introduction. My bosses at Kindred Aerospace seem to have found a way to cheat death – not bad for being the fourth-best space-exploration outfit in the galaxy. My newly manufactured body emerges from my landing craft’s 3D printer, and I head back out to give it another shot. And hopefully, these shots hit their mark.

My battle with that frog may not have initially gone as I’d hoped, but the encounter is a great refresher on Journey to the Savage Planet and what Typhoon Studios is hoping to accomplish with its debut release. First, it highlights the visuals, which refreshingly draw from a wide array of bright colors. “We wanted to have a game that was bright and happy and welcoming and not oppressive and negative and dark,” says creative director and studio founder Alex Hutchinson. Simultaneously, Hutchinson says the team wanted to deliver a comedic game. “If you set up situations where the player can screw themselves over or do strange things, could they be involved in their own comedy?”

I get a sense of that kind of comedy when I bring my newly reformed body back to the site of my earlier demise. There, near the frog, is my old corpse. It’s hugging itself in a sad fetal pose, and I’m given a prompt to bury it when I get close to it. I do so, and the screen darkens while the text, “Shamefully burying your body” appears onscreen. The body is then replaced with a high-tech obelisk, which displays the number of times I’ve died since playing the demo. I look back at the frog and initiate battle again, determined not to add another tick to any gravestone’s counter. Especially not to an enemy that’s named “Slamphibian.”

In my defense, Hutchinson is in our office showing off late-game content, which includes a brand-new biome. Slamphibian is apparently one of the game’s more difficult foes, which is appropriate considering his environment. The previous two areas Hutchinson showed were more contiguous and, well, planet-like than this place. Here, solid ground has given way to an abundance of floating islands and rock formations, which make getting from place to place a challenge. Fortunately, my astronaut’s kit includes a grapple-like tether that lets me whip onto special points and swing between them. A few environmental puzzles have me toss quick-growing seeds onto highlighted spots, which let me place my own grapple spots, too. I ask about this zone and how it doesn’t feel particularly like a planet, and Hutchinson says that there is indeed a reason for its strange nature, which players will learn. 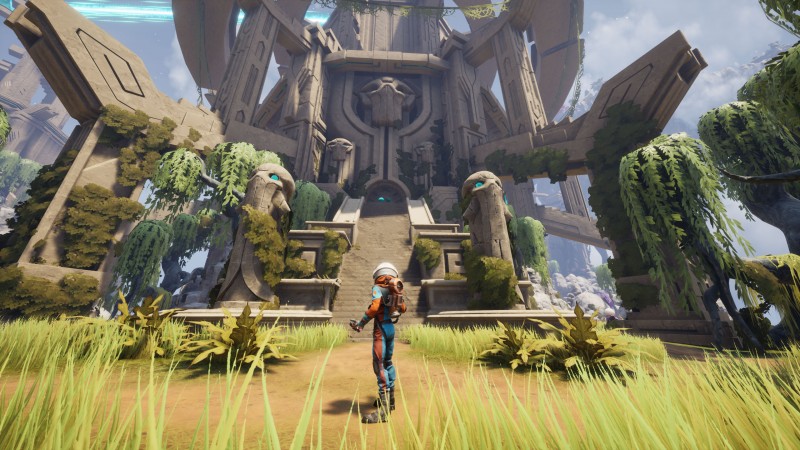 That sense of unfamiliarity extends to the overall universe that Journey to the Savage Planet is set in, too. When you respawn or visit your landing craft, you’ll be able to watch a variety of live-action TV commercials for strange products such as a foodstuff called Grob or an erotic phone service for blobs. They all give off a distinct Tim and Eric vibe, which I love; your mileage may vary. Those are interspersed with messages from your boss, Kindred CEO Martin Tweed, who is taking more and more of an interest in your planet. More specifically, he’s interested in the strange tower that juts from the surface of the location, which was previously assumed to be uninhabited.

I don’t get to see what’s inside the main tower during my session, but I am able to investigate a smaller area that will eventually – hopefully – open the doors to the place. After upgrading my boots to perform an aerial stomp attack, I’m able to restart some previously idle machinery. Once it’s back online, things get a little hairy. The cylindrical room fills with rising lava as I hop my way into safety. The tricky platforming is made a bit easier thanks to my ability to double-jump. Hutchinson says players can eventually upgrade to a quadruple jump, which seems as though it would make this particular challenge fairly trivial. 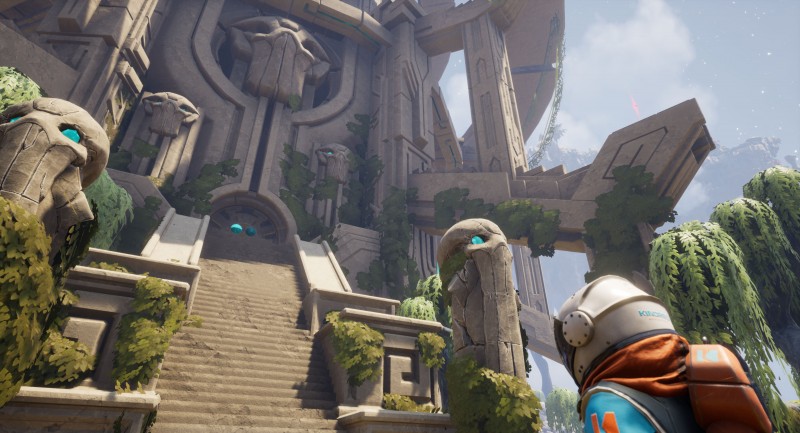 Even with rising lava and hostile monsters, Typhoon Studios isn’t trying to punish players every step of the way. Scanning environments for scientific discoveries and exploring new spaces is a big part of the mission, and there are long stretches of quiet contemplation. Even if those moments are interrupted by beefy frogs, there’s a nice overall vibe of discovery throughout the game. You’ll be able to see for yourself in just a few weeks.