The Games We Would Love To See Announced In 2020

By: admin
In: Features
With: 0 Comments 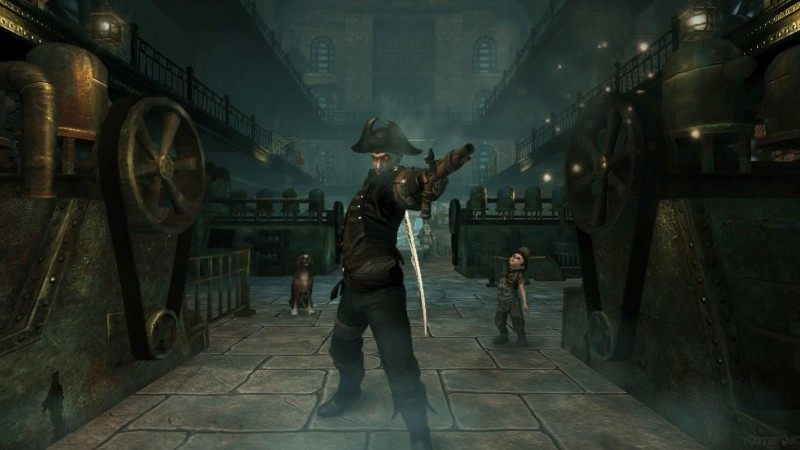 It’s the start of a new year and a new decade, and 2020 already feels full of endless possibilities. New consoles from Microsoft and Sony will be hitting this holiday season, and with that comes even more potential for blockbuster game announcements throughout the year. As we kick off the new year, we want to look ahead to the video games we would most like to see announced over the next 12 months.

These are our dream scenarios; we know they aren’t all plausible.  But in some perfect version of 2020, maybe they are. Read about each editor’s most-wanted game announcement, then tell us about your dream reveal in the comments below! 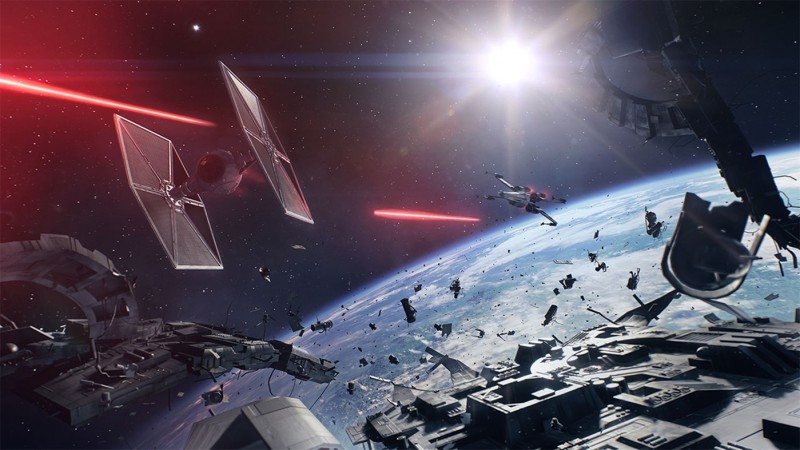 Criterion Games already created the blueprint for an X-Wing revival in Star Wars Battlefront II’s space-combat-focused multiplayer. How that could work as a single-player experience was also prototyped by Criterion in the short (and awesome) Star Wars Battlefront – Rogue One X-Wing VR Mission. Turn that into a full game bearing the X-Wing name. Players can still fly other vehicles, but have the story focus on an X-Wing squadron or pilot. Luke, Wedge, or Poe could lead the charge. Not every Star Wars game has to have a lightsaber in it. LucasArts proved that numerous times back in the day with the X-Wing and Rogue Squadron series. Please bring one of those back, EA.— Andrew Reiner 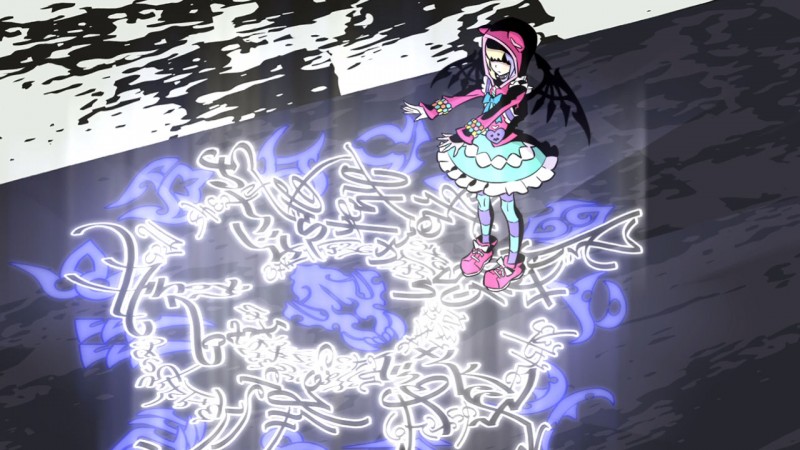 The World Ends With You sequel

Like many fans, I haven’t given up on hoping for a sequel to The World Ends With You. As a game with such distinct style and substance, it’s a shame Square Enix hasn’t announced a new entry for this unique property. When the Switch version launched over a year ago, I thought it might drum up more interest in resurrecting the series. Creative director Tetsuya Nomura seemed to be hoping for the same, saying in a Nintendo blog back in 2018 that it was “the final chance for creating a path to a sequel” and that he’s had ideas for the past 11 years of what would come next. Sadly, it’s been crickets since then, with no updates either way. Hopefully, the hold up has just been that Square Enix is finishing up some other projects before it commits to anything. Still, I’d love to see where the Reaper’s Game could go and how the game’s mechanics would get reinvented for newer hardware. And knowing Nomura had all these ideas makes me even more curious to see what he would do next.— Kimberley Wallace 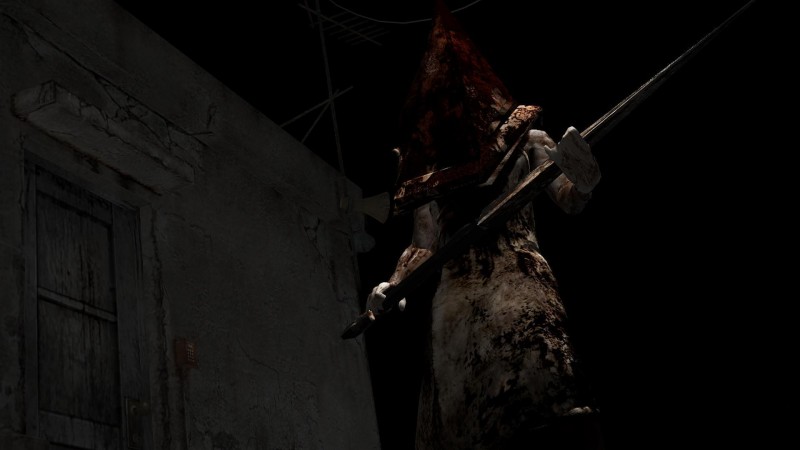 This collaboration between Konami and From Software would be legendary. Imagine walking the streets of Silent Hill armed with an array of weapons, ready to engage in carefully timed combat with ghouls and aberrations. Some of the puzzle solving from the series would be preserved, with the combat borrowing elements from From Software’s action suite, from Souls to Sekiro. Wondering if you’re coming up on some deadly enemies? The classic Silent Hill camera lets you know when foes are ready to strike, with the audio going completely dissonant and wild when you approach a boss like a Pyramid Head or underworld wurm. Why not? This series has had all kind of mental leaps and UFOs! Level up, customize your character, and battle minions from hell in schools, asylums, and hospitals!— Daniel Tack 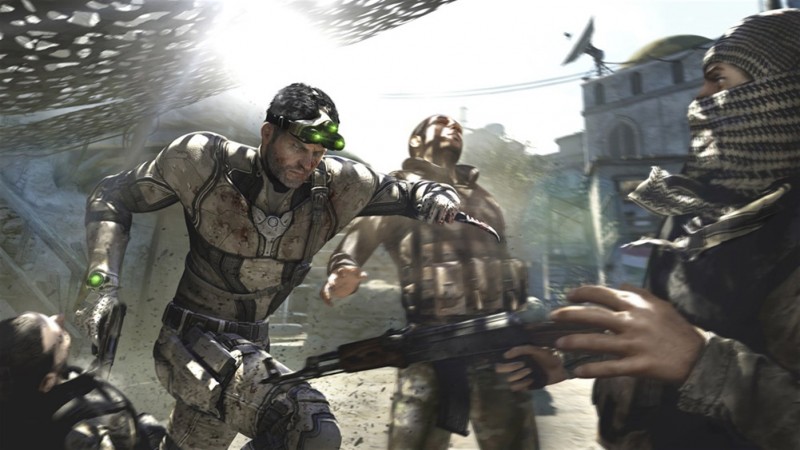 Some of Ubisoft’s biggest franchises have been heading in a certain direction the past few years: They’re putting a focus on stealth action in co-op friendly open worlds. Splinter Cell is getting left behind, despite its beloved co-op campaigns and sprawling, multi-path levels – and that is absolute nonsense. Imagine a better version of Ghost Recon Breakpoint, and that’s what the future of Splinter Cell should be. Satisfying stealth mechanics and fun gadgets with varying degrees of lethality, all in an open-world setting with dense outposts that offer multiple paths. Sam Fisher is the voice in the ear of your custom character, guiding them through missions. It’s a complete no-brainer in my mind, I hope Ubisoft looks into its heart in 2020 and feels the same way.— Leo Vader 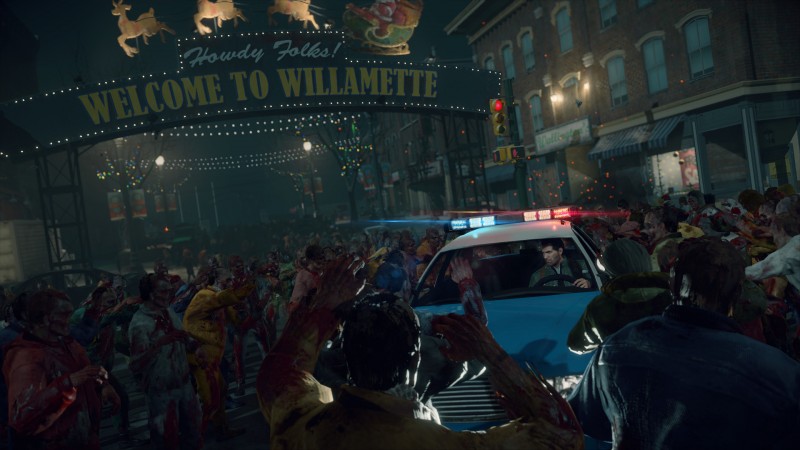 I’m taking full advantage of this list’s central conceit, which is that the plausibility of our predictions isn’t important. With that in mind, I’m gunning for a Dead Rising 5 announcement. Never mind the fact that Capcom closed the studio behind the series, Capcom Vancouver, in 2018. And let’s not dwell on the fact that zombies may or may not be completely played out in 2020. I want to hear an announcement this year! I’d love to see a renewed emphasis on the psychopaths, since those human survivors have long been one of the most interesting elements in the series. Dead Rising 4 whiffed on that element, which was disappointing, even though I still think the game is pretty solid otherwise. Who knows? Maybe Microsoft could reanimate this franchise with the launch of the Xbox later this year. Dead Rising 3 was a launch game on Xbox One, and Dead Rising 4 was a timed exclusive on Microsoft’s platform. I can always dream.— Jeff Cork 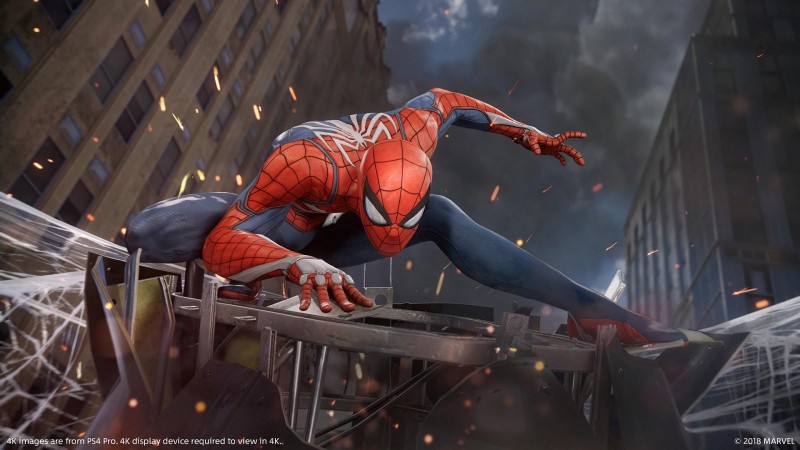 While Red Dead Redemption 2 and God of War hogged most of the awards in 2018, Insomniac’s treatment of Marvel’s Spider-Man was incredible, rivaling the greatest superhero games in history. It told an excellent, self-contained story that featured many of Spidey’s most sinister adversaries, but it also showed how Spider-Man’s problems can quickly become Peter Parker’s problems. Plus, it definitely set the stage for future entries through myriad teases and character appearances. Could we finally see Green Goblin? What about Venom? Possibilities abound, and with Crystal Dynamics’ Avengers game scheduled to hit this year, it would be awesome if these titles all existed in the same Marvel game universe.— Brian Shea 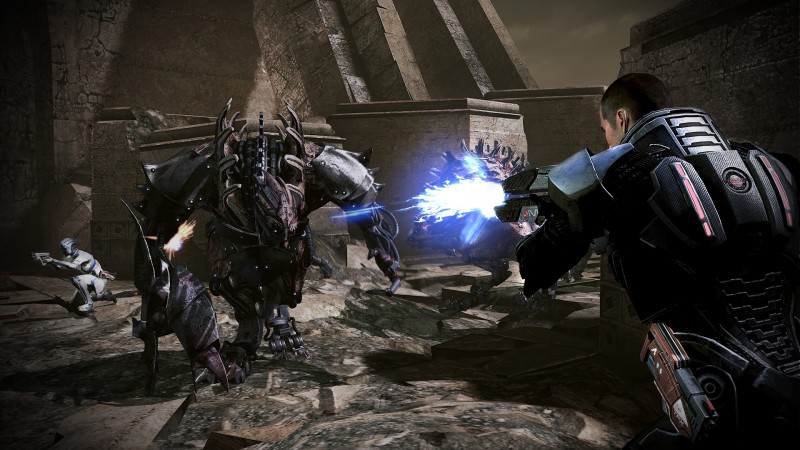 Some gamers think this should be easy, saying “Why can’t BioWare just re-release all three games in the Mass Effect trilogy, but using uniform gameplay systems?” In reality, that would be an incredibly complicated task – but I still want BioWare to do it anyway. We could play through Commander Shepard’s saga again, but with all the improvements retroactively applied across the entire adventure. Picture the fluid combat of Mass Effect 3, the dialogue interrupts of Mass Effect 2, and the deep skill progression of Mass Effect 1 all blended together to create a consistent and rewarding experience from top to bottom. Plus, BioWare could tune up the parts of the originals that didn’t totally work, like some clunky menus, annoying minigames, and wonky boss fights. Replaying old Mass Effect games is still fun, but a full remake would allow the adventure to be immortalized in its best possible incarnation.— Joe Juba 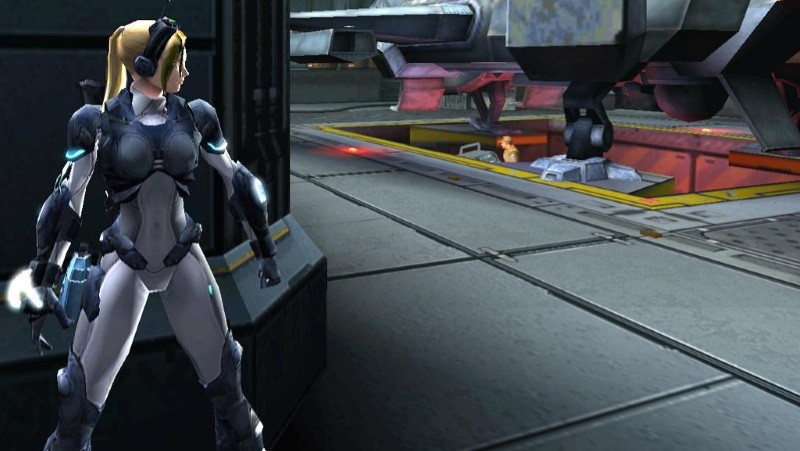 Blizzard is well-known as a company that makes great games, but it’s also famous for killing projects well into their development. StarCraft: Ghost is one of the most infamous examples of this practice, and it’s also the canceled project that cut me the deepest. As a fan of both StarCraft and stealth games, Ghost sounded like a brilliant combination of two of my favorite things. As Nova, players would have a boots-on-the-ground view of Blizzard’s phenomenal sci-fi world. I don’t think it’s unrealistic to imagine that the design doc said something like, “Splinter Cell in space.” StarCraft: Ghost sounded almost too good to be true. And maybe it was; I can’t speak to its quality, because it didn’t release. After a few years in development, Blizzard canceled the project. Still, old ideas have a habit of resurfacing – especially great ideas – and StarCraft: Ghost is still a great idea. Now more than ever, the industry needs a good stealth game, and StarCraft’s world is begging for someone to create a load of inventive sneaking gadgets. Imagine jumping from shadow to shadow as you board a Protoss Mothership or activating Nova’s cloaking device while sneaking through a Zerg encampment. I’d love to acquire new tools that would let me hack into and control enemy vehicles, psionically disable foes, and perform short-range teleportation maneuvers. Given Blizzard’s current push of developing games with a multiplayer focus and a long tail, maybe Ghost isn’t the kind of game that gets an approved budget. Maybe we’ll never see anything more of StarCraft: Ghost. If that’s the case, then could Ubisoft just release another Splinter Cell already?!— Ben Reeves 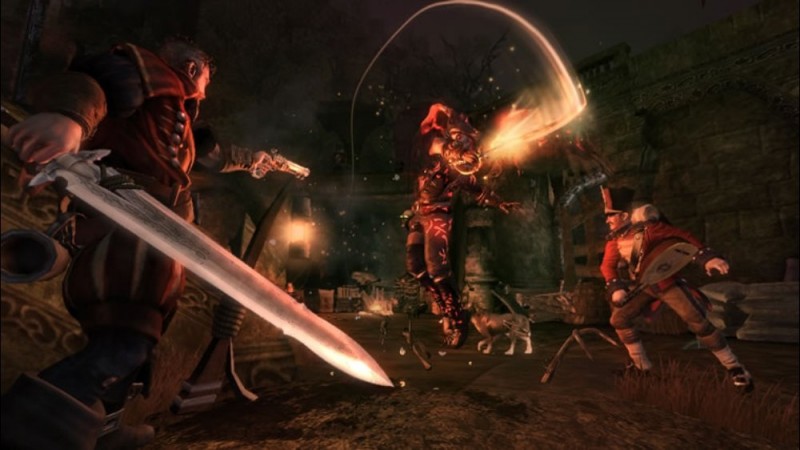 Let me take you back to a simpler time. A time when gamers roamed the whimsical countryside of Albion and were free of the phrase “asymmetrical multiplayer.” Believe it or not, it’s been 10 years since Fable III released – an injustice that needs to be righted. At one time, Fable was the third pillar in Xbox’s stout first-party lineup. The fantasy world remains a classic for its cheeky humor, intriguing world building, and balanced combat, and was the perfect palate cleanser after playing games such as Halo and Gears of War. In 2020, I need Phil Spencer to strut on stage and confirm that Playground Games is working on the next Fable, set to release before the end of 2021. In a time where Xbox fans want more great exclusives and with Microsoft’s new system launching later this year, the timing is perfect to reintroduce the world to the quirky joy that is Fable.— Alex Stadnik 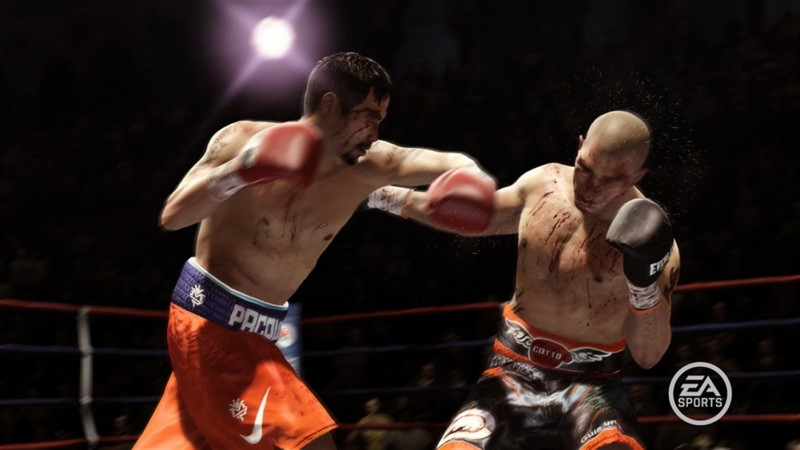 EA’s Fight Night series has been gone too long; the visceral boxing experience peaked with 2011’s Fight Night Champion, but the franchise has been absent this entire console generation. Certainly EA’s UFC has boxing elements, but the sport deserves its own stage. Fight Night represented that well: the close-up on spray from a jab to the jaw, the strategic dance of the fighters, and the desperate work of the corner team. Add some story elements and/or a full career mode, and EA could deliver a satisfying, challenging journey. Fight Night doesn’t have to be an annual series, but it does have to come back.— Matthew Kato 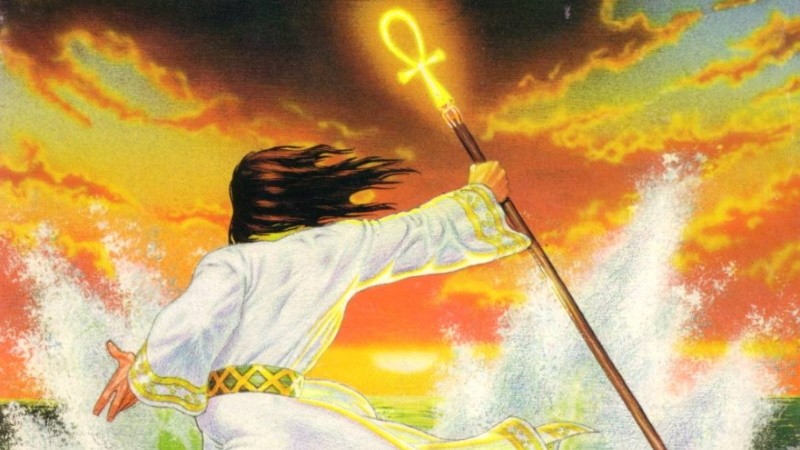 We are long overdue for a new single-player installment of one of the original RPG series that defined the genre. Games like Elder Scrolls, Divinity, The Witcher, and Dragon Age owe huge debts to the Ultima franchise, which helped introduce open-world exploration, party-based combat, moral and ethical quandaries, and grand fantasy storytelling into the video game role-playing canon. Electronic Arts would be wise to capitalize on the venerable brand by finding a way to work through any rights issues, and reintroduce the franchise to a public that is hungry for big fantasy worlds to explore. The ill-advised mobile game of 2013 wasn’t the right direction to prove the series’ worth; we need a full-blown, triple-A epic for gamers to embrace. Players should return to the role of the mysterious Avatar as they once again are called to a much-changed Britannia, there to confront a new generation’s struggles to understand embody the Virtues (like compassion, valor, and honor) that defined the earlier game narratives. The depth of world-building that shaped the early games in the series would lend weight and history to a new installment, and a strong team of game writers and designers could capitalize on the explicit morality component inherent to the Ultima brand. The series has lain dormant for far too long, a new installment on next-gen consoles could be amazing.— Matthew Miller

What is your dream announcement in 2020? Let us know in the comments!